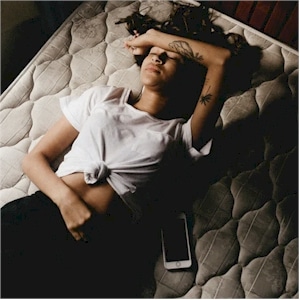 A brief definition of Irritable bowel syndrome (IBS) is a group of digestive symptoms that occur together. It is a chronic, long term disorder that affects the digestive system. It causes abdominal pain, diarrhoea and constipation. It is thought that up to 20% of the population may be sufferers.

Symptoms do vary considerably from person to person including:

NB This list of symptoms is not exhaustive and may be caused by problems other than IBS. You should always consult your GP for advice.

Major life events such as death of a loved one, the break up of a marriage, moving home or losing your job are major stressors that could be a contributory factor to IBS symptoms

Could hypnosis cure a painful gut?

Hypnosis could be one of the most effective ways of beating irritable bowel syndrome, according to research.

It found 40 per cent of patients volunteering to be hypnotised suffered fewer symptoms afterwards and that the benefits appear to be long lasting. Irritable bowel syndrome (IBS) is a common gut problem which affects up to one in five people at some point.

Treatment normally involves avoiding foods that might trigger symptoms, taking drugs to halt abdominal pain and diarrhoea or under-going some form of counselling.

Stress is thought to be one of the major triggers for IBS, and hypnotherapy works by helping patients to relax when they experience symptoms such as abdominal pain and bloating.

The research, published in the American Journal of Gastroenterology, involved giving 138 IBS patients hypnotherapy for an hour a week over a three month period: a similar sized control group had no treatment at all.

The results showed the reduction in symptoms continued a year after the treatment.

“David is an absolute professional and will put you at ease right away. He is very good at building trust, which I found was the main thing that had stopped me from trying hypnotherapy before. He helped greatly with the anxiety surrounding and compounding my IBS symptoms, and lead to some surprising revelations. Thanks David!”
Taylor
“I highly recommend any IBS sufferers visit David, coming from someone who has tried everything for this issue, the benefits you may reap are outstanding."
Ali
Previous
Next

How can hypnotherapy help my IBS Irritable Bowel?

The root cause of a person’s stress may be deep seated at some point in the past, hidden within their subconscious mind. Hypnotherapy can uncover deep-rooted childhood issues that, even though many years have passed since the occurrence of these situations, still cause anxiety in the present day.

IBS sufferers are typically perfectionists, having a fear of failure, setting themselves extremely high standards and constantly needing to be aware of what others think of them.

Hypnosis is a natural state, very relaxing but with a very and focused state of mind. It is my belief that by teaching Self Hypnosis, even clients who have been unable to be hypnotised previously, the fact that they are in control allows them to enter a deep relaxing trance.

The root cause of this underlying stress now needs to be identified and interpreted. Regression Hypnotherapy aids this process and allows a client to begin processing this information once out of hypnosis. Follow up sessions gradually unlock hidden childhood memories and visualisation techniques begin to reprogram the subconscious, modifying this negative data.

Please give me a call and we can set up an initial 30 minute consultation, free of charge where I can fully explain how I may be able to help you.