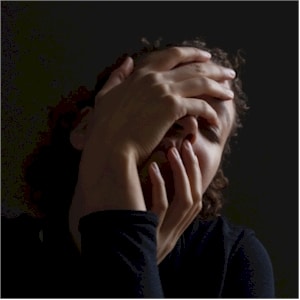 What is a panic attack?

Symptoms experienced by sufferers do vary from person to person but generally panic attacks will cause one or more of the following symptoms to appear: an increase in the heart rate and a feeling of the heartbeat ‘racing’, an increase in the breathing rate or a feeling of breathlessness, feelings of not being in control, chest pain, light-headedness or dizziness or a fear of fainting, feeling nauseous, feelings of extreme temperature (either hot or cold), numbness or tingling sensations throughout the body.

Panic disorder can appear at any age but more often than not it begins in young adults. Statistics show that it is twice as common in females as in males.

Having a single panic attack does not necessarily mean that the sufferer will go on to develop full blown panic disorder: many people will just experience one attack.  In general, the quicker that treatment is sought, the less disabling the condition will become.

Experiencing panic attacks in certain situations may lead to phobias developing in those particular situations e.g. if a person experienced a panic attack whilst travelling on a crowded bus, they may use avoidance tactics to ensure they are never in that situation again for fear of a repetition of the initial attack.

In approximately 30% of cases, the condition completely takes over a person’s life and places severe restrictions on what they can or can’t do. In extreme cases, a person’s fears become so great that they eventually cannot leave their own house, a condition known as agoraphobia. Early diagnosis and subsequent treatment of panic disorder can often stop the condition developing into agoraphobia.

Hypnosis is a technique that is able to access folders within a person’s subconscious mind.

Hypnotherapy, which is hypnosis used in a clinical way, can help with panic attacks because the anxiety and stress that triggers a panic attack has its roots in the subconscious.

The therapist will work to break the cycle of increased physical feelings that cause anxiety that then leads to even more physical symptoms etc.

There are a number of techniques that are used in combination when working with a client suffering with panic attacks:

“David has changed my life, it’s that simple. He is patient, honest and really does care about the clients he treats. I highly recommend for anyone with any phobias or even worries. I will forever be in debt to you for changing my life, a 5* review just isn’t enough to explain how thankful I am!”
Danielle
“I had 5 sessions with David & I can honestly say he has given me my life back. I was deeply suffering with anxiety & panic attacks. I didn’t want to go out and I was at a very low point & thought there was no help for me. David has a very calm & reassuring manner. It’s not about curing the problem, it’s about learning how to deal with it & understanding it makes it less scary. Thank you David.”
Melissa
“Before I went to see David, I had attended university for all of one day and then left due to severe panic attacks and depression. This was really hard for me to accept as I had dreams of becoming a barrister. So now I am off to university on Friday to start the next chapter of my life to study law and philosophy. Thank you so much; you are one the most amazing people I have ever met!”
Jess
Previous
Next

The sufferer is taught techniques to take themselves into a deeply relaxed state. These include breathing techniques to calm down the ‘racing’ heart and rapid breathing. This calming down of the breathing allows the lungs to work more efficiently and increases oxygen flow to the brain, which in turn restore logical thought processes.

This is taught to be used at the onset of a panic attack to prevent it becoming a full blown attack.

Whilst in trance, the subconscious is accessed and the original reasons for the disorder can be unearthed. This normally occurs when young (between the ages of 1 – 6 years old) and develops into a full blown fear of a particular situation. By revisiting the original memory and interpreting it as an adult, the correct interpretation can be made, thus removing the irrational fear.

I am an award winning hypnotherapist with 18 years of experience in treating people suffering with panic attacks. Call now to book an initial consultation or just a chat to see how you can finally be free from your fear.