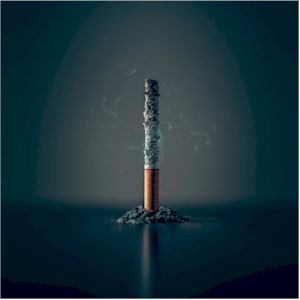 Why do you want to quit smoking?

Is it because you are worried about the serious health aspects of smoking? Is it the cost of smoking?…someone starting to smoke at the age of 15 years will spend about 120,000 thousand pounds in their lifetime (if they actually live that long anyway). Or maybe it is the way your clothes, hair, car and home smells? There are many reasons to quit and hypnosis can help you to stop smoking.

How can hypnotherapy stop me smoking?

Hypnotherapy is a very powerful tool. The ability of the professional clinical hypnotherapist to discover what the subconscious reasons as to why you smoke will allow the ingrained behaviour to be modified. There are many reasons why people smoke…the obvious being habit, peer pressure, social inclusion etc. However, once in a state of hypnosis, the trained therapist will explore the hidden subconscious psychological and emotional needs that a person may be trying to satisfy.

I am an award winning hypnotherapist with 18 years of experience in helping people to stop smoking. Call now to book an initial consultation or just a chat to see how you can finally be able to quit cigarettes for good.

“The best thing I did online was search for the Best Hypno to stop smoking. David’s name popped up and contacted him. My friends and family can not believe I am a NON smoker. Also I can now breathe properly I can see the affects of non smoking in my mind and body. I feel so much better and proud of myself. Thank you David I honestly can’t thank you enough.”
Karl

What happens when you stop smoking?

Your blood pressure will return to normal

Oxygen levels within your body will return to normal

All CO is eliminated

You will find that your breathing becomes easier

Your lung function will increase by 5-10%

The risk of lung cancer decreases

The risk of lung cancer returns to normal

What medical evidence is there that hypnosis can help you stop smoking?

Hospitalised patients who smoke may be more likely to quit smoking through the use of hypnotherapy than patients using other smoking cessation methods. A new study presented at CHEST 2007, the 73rd annual international scientific assembly of the American College of Chest Physicians (ACCP), shows that smoking patients who participated in one hypnotherapy session were more likely to be non-smokers at 6 months compared with patients using nicotine replacement therapy alone or patients who quit ‘cold turkey’

There is a common belief that smoking relieves stress. However it is also well known that there is chemical within nicotine that actually increases stress. Smoking a cigarette to relieve stress is more psychological than physiological. An example of this is when you have to make a call to a difficult client – the cigarette in your hand makes that call so much easier.

In a recent study, the British Journal of Psychiatry carried out research with nearly 500 smokers who were attending NHS stop smoking clinics in England.

The BJP found that there was a significant decrease in anxiety levels amongst the 68 smokers who had stopped smoking after six months.

Even more significant was the fact that the effect was greater amongst those who had mood and anxiety disorders as opposed to those who had smoked for pleasure.

However, the BJP study did suggest that an unsuccessful attempt seemed to increase anxiety levels slightly amongst those who had mood disorders. Perhaps the failure to achieve the target was to blame. Conversely, those who smoked for pleasure did not alter anxiety levels following a relapse.

Is there a guarantee?

A free top-up session is available if you start smoking within one month of treatment.